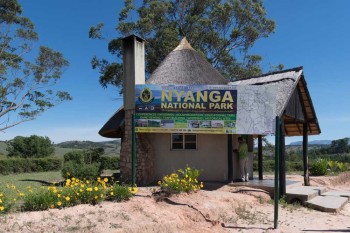 The Nyanga National Park was one of the first protected areas in Zimbabwe to be declared a National Park. The heart of the park was once the private property of the diamond magnate Cecil Rhodes, who spent his last years living here. His former house is now part of the Rhodes Museum and the Rhodes Nyanga Hotel. The summit of Mount Nyangani, at 2593 m is the highest point in the country. Mutarazi Falls that plummet 760 m in two tiers down in the direction of the Honde Valley are the highest waterfalls in Zimbabwe.